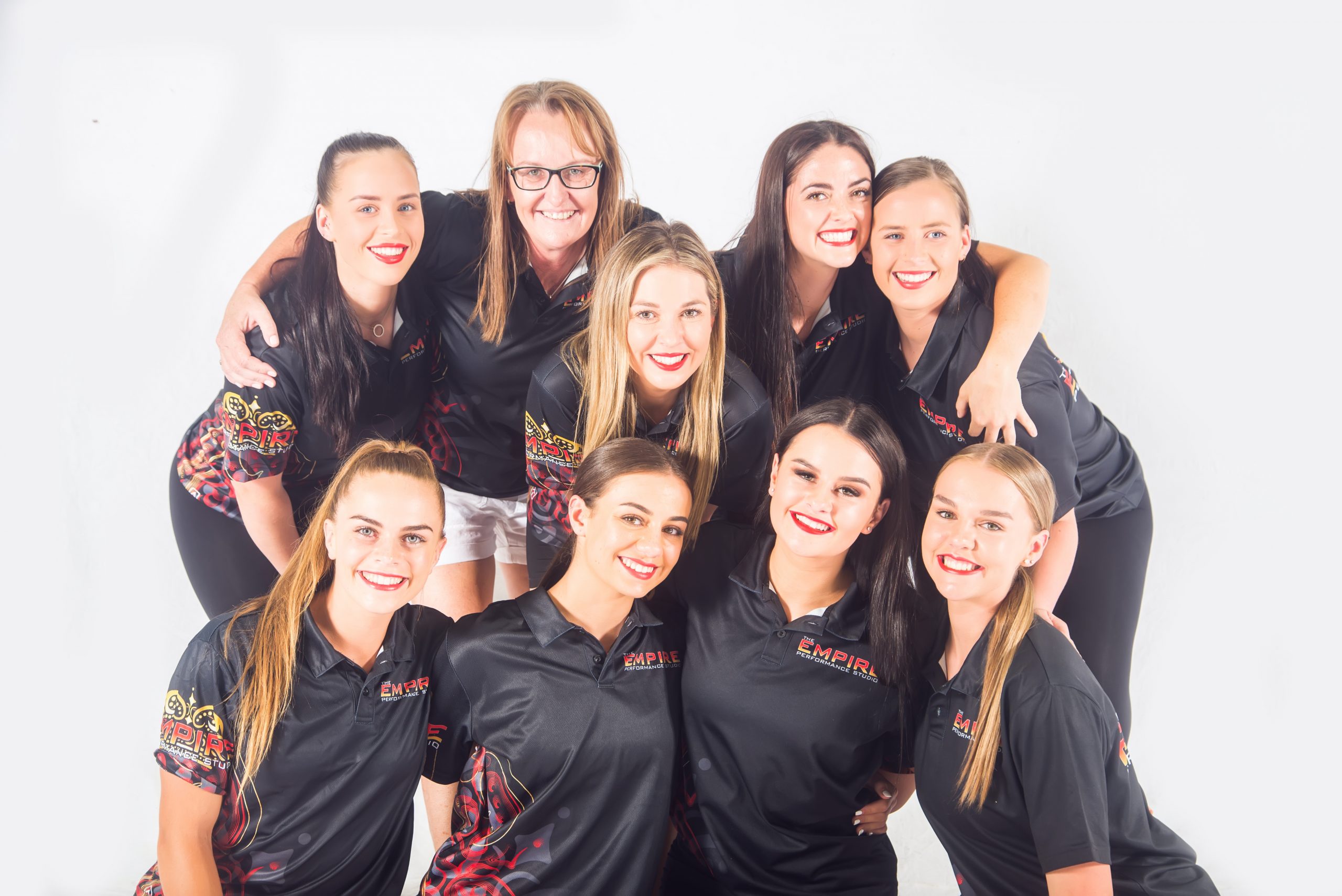 Established in 2014, Empire under the ownership of Emily Turland was created. Starting in a community centre Empire moved to its own facility in 2016 and is now located at 6/11 Pikkat Drive Braemar. We have 3 dance studio rooms and a waiting area for parents. Empire Performance Studio is based in Mittagong In the Southern Highlands. We strive to make our students the best they can be, while making some lasting friendships along the way. Empire’s staff aims to be approachable and a role model to our students while teaching discipline, commitment and teamwork. 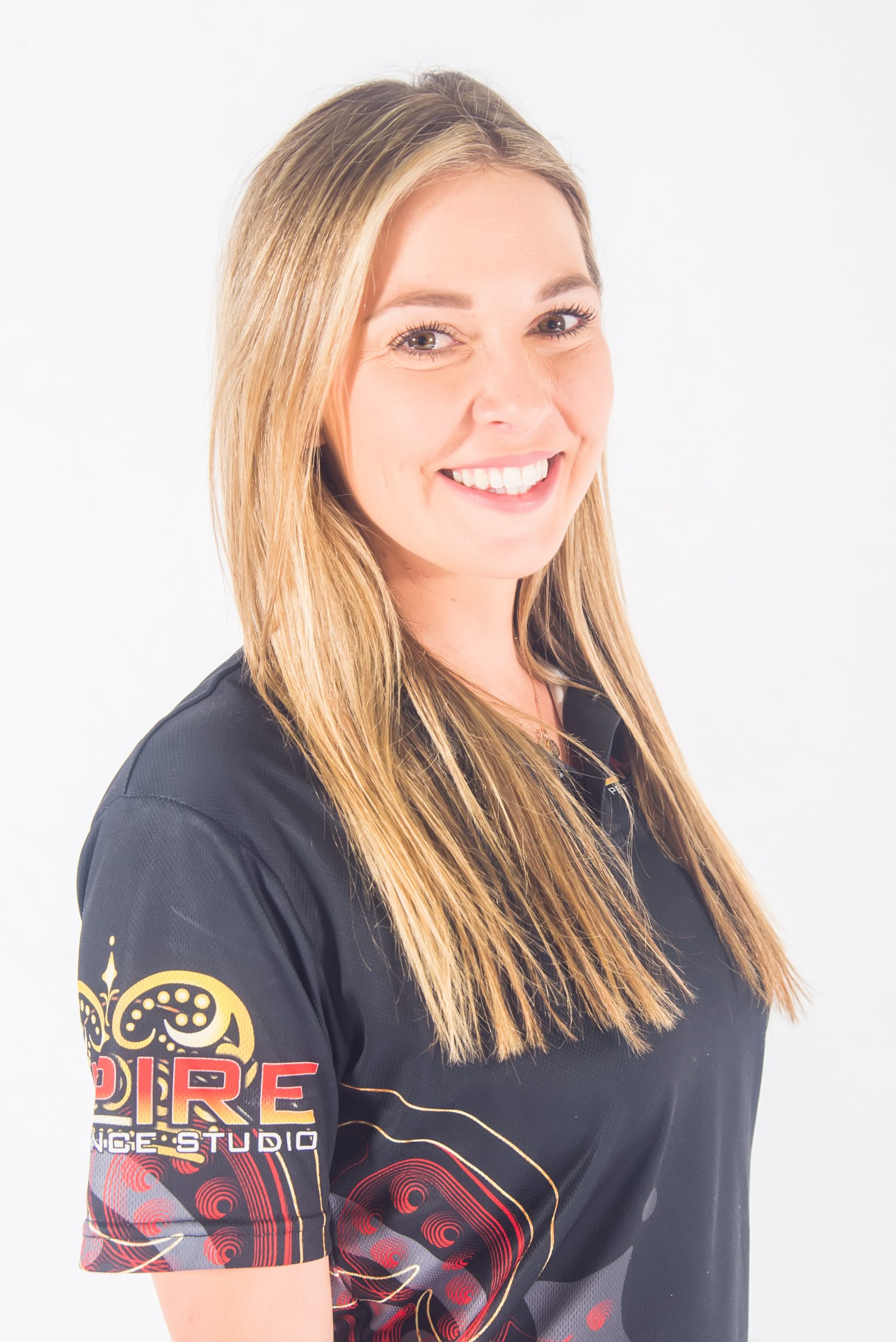 Emily has studied dance since the age of 3 in styles such as Jazz, Hiphop, Lyrical, Contemporary, Ballet, Musical Theatre, Acrobatics and Aerial Silks. In 2011, Emily started at The Australian College of Physical Education and by 2014 had completed her Bachelor of Dance Education Degree allowing her to teach Dance and PDHPE in High Schools.
Emily has danced around Australia with her studio before ownership and in 2013 went to America to dance at Disney Land, Knotts Berry Farm and Universal Studios while continuing her training at Millennium and The Edge Dance Studios in California. Emily has also taught dance in primary schools as an RFS lessons.
In 2019, Emily danced in the Southern Highlands Dance for Cancer event and won judges choice award and has won Best Dance School at the Southern Highlands Business Awards for 2019 and 2020. Emily also completed her training in Ready Set Dance preschoolers program in 2019 to teach within the studio. 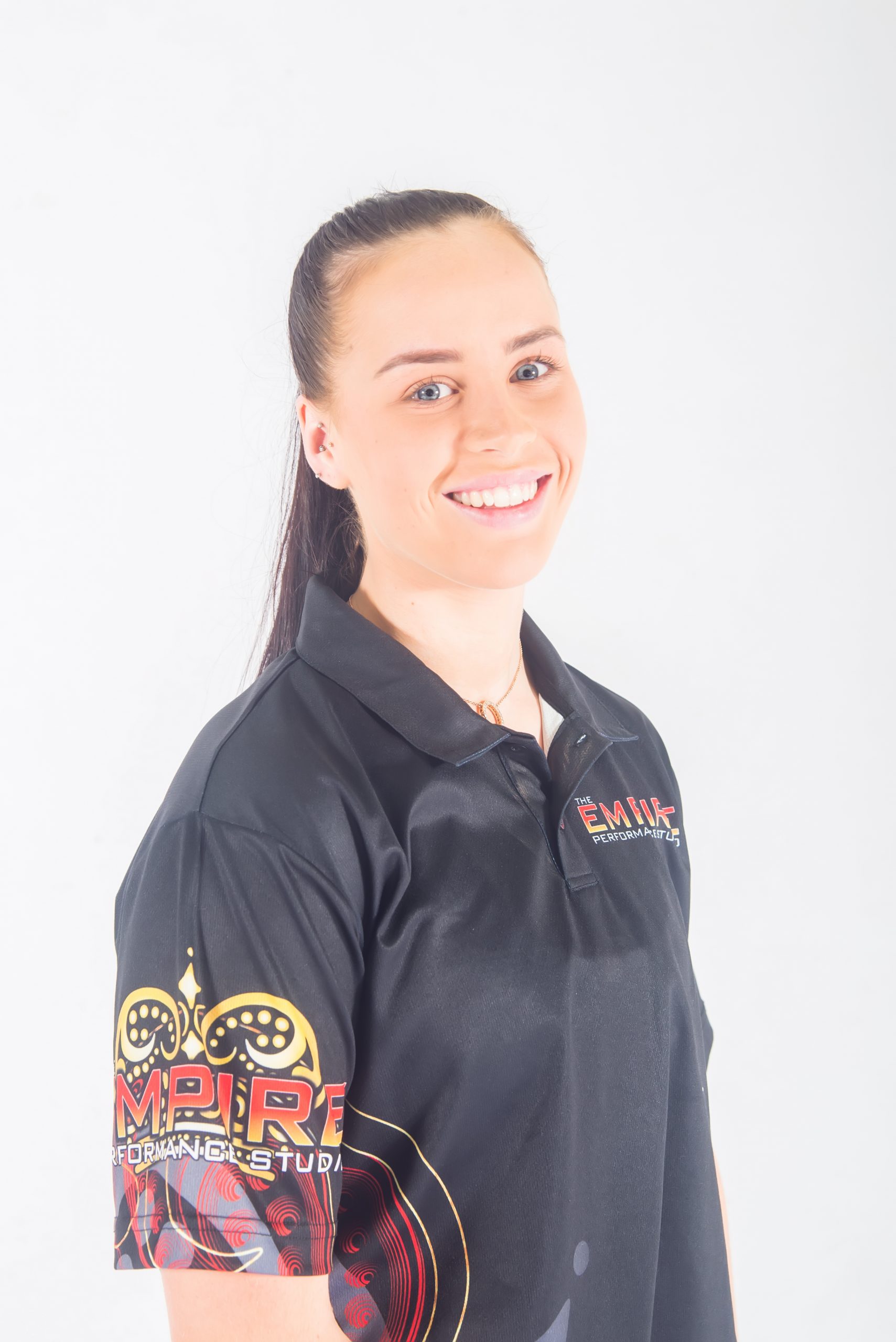 Savannah has danced from the age of four with Miss Cays Ministry of Dance before dancing for Emily with The Empire Performance Studios. Savannah has travelled to America and performed at Disney Land, Knotts Berry Farm, Universal Studios and trained at The Edge Dance Studio in Los Angeles. Savannah’s favourite styles of dance are Hip hop and Contemporary however she has studied most style of dance. In recent years, Savannah has really enjoyed teaching dance and has worked for Empire as a teacher for 4 years.

Briannah has danced from the age of four with Miss Cays Ministry of Dance before dancing for Emily with The Empire Performance Studios. Briannah has travelled to America and performed at Disney Land, Knotts Berry Farm, Universal Studios and trained at The Edge Dance Studio in Los Angeles. Briannah’s favourite style of dance is Jazz however she has studied most style of dance. Briannah loves teaching the little kids. Briannah has been working for Empire on and off the last four years but is super excited to be more involved in  the studio. 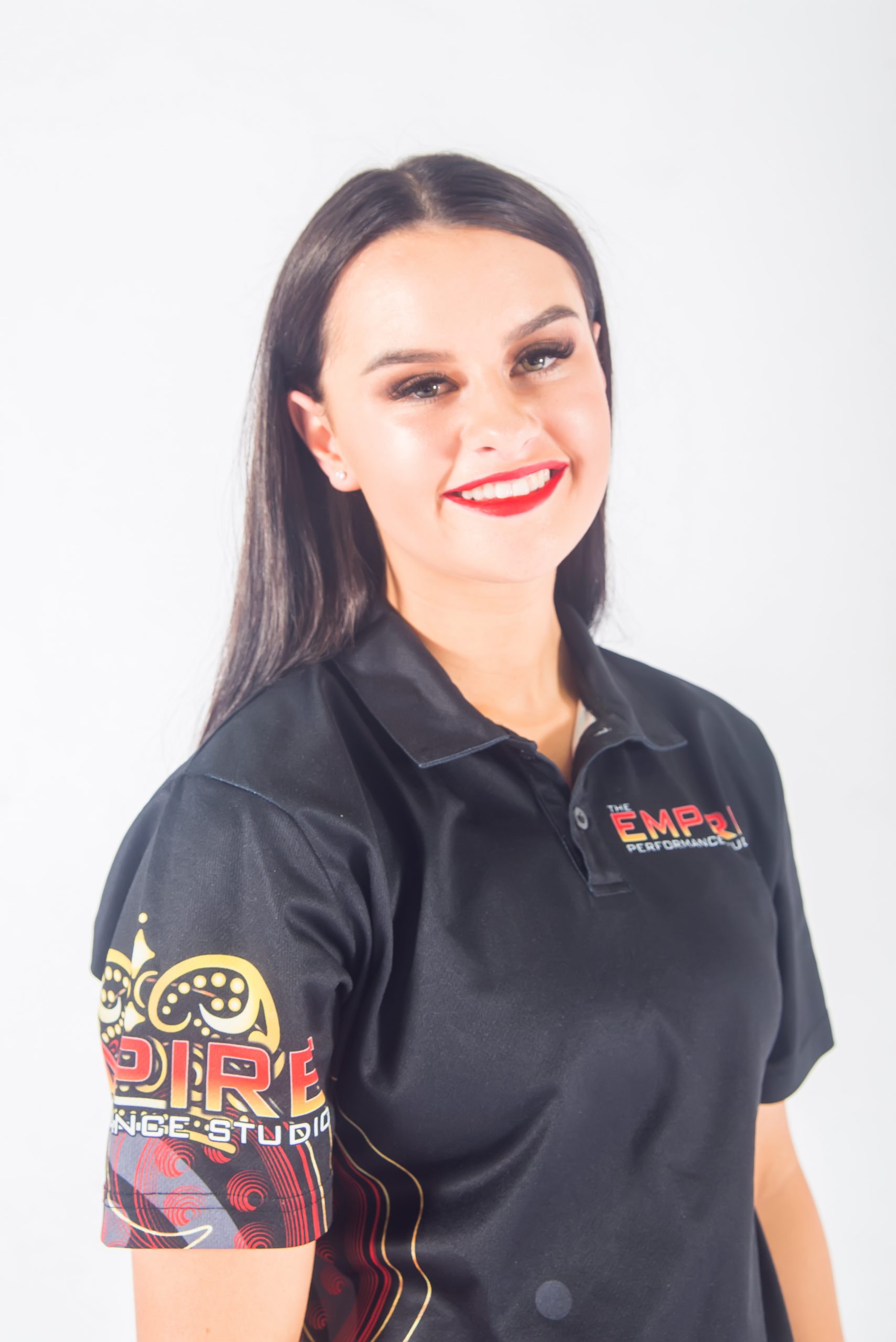 Macie has danced since age 5 in the Southern Highlands and Wollongong, learning various styles such as Jazz, Hiphop, Contemporary, Lyrical, Musical Theatre, Tap, Ballet, Acrobatics and Aerial Silks. Macie has competed in NSW, QLD and the ACT for dance winning multiple awards as a soloist and a troupe performer.
In 2019, Macie performed in Showcase Regionals in Sydney and continued onto Showcase Nationals in the Gold Coast where she competed against dance schools around the country. Where her group won the Best Choreography Award for their contemporary.
Macie has a team player attitude that she is excited to bring to her dance classroom to Empire along with her knowledge and experience. 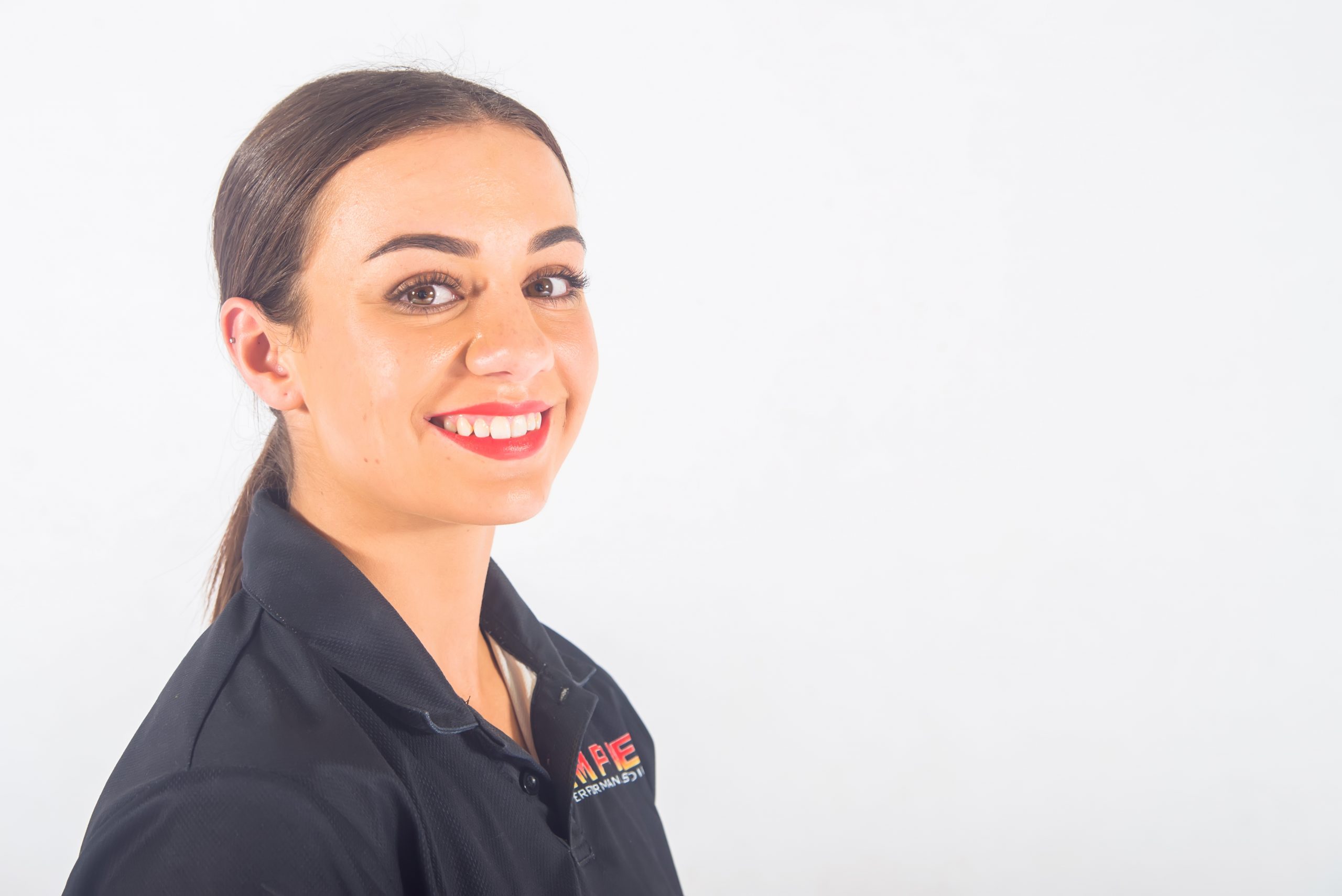 Charlotte has been dancing since age 8 with Empire. With a sporting background it wasn’t long before charlotte was dancing in her own age group as well as the troupe above her. Charlotte is a acrobatic dancer who can do almost any trick you think of. The last two years Charlotte has taught Acrobatics at Empire as well as dance. Her favourite dance styles are Hip Hop and Contemporary but enjoys all styles of dance. Charlotte has competed all around Australia and is looking forward to passing on her knowledge to the future generations of dancers. 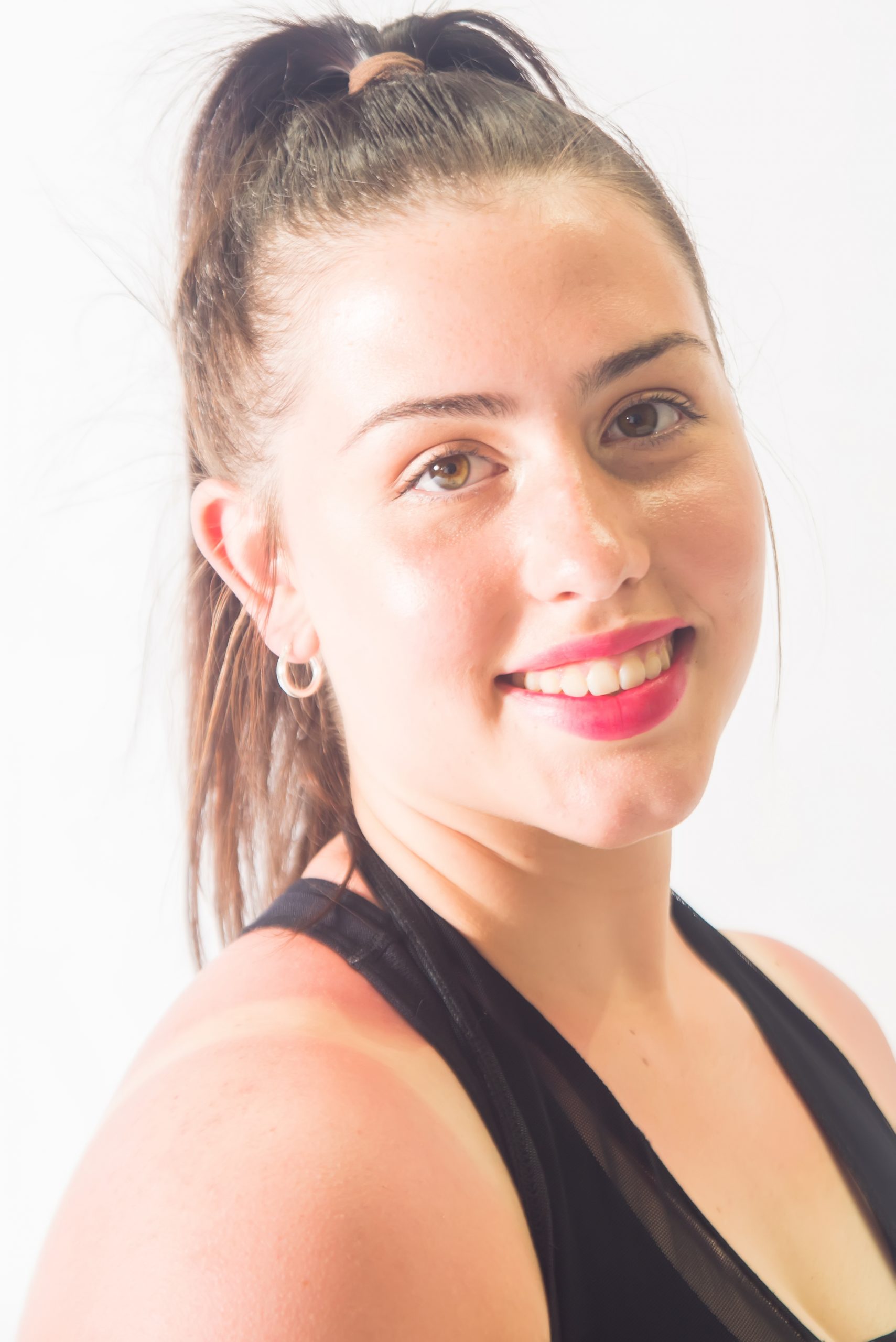 Claire has been dancing with Miss Cays Ministry of Dance and then The Empire since she was 3 years old. Claire at only 7 travelled to America where she performed at Disney Land, Knotts Berry Farm, Universal Studios and took classes at The Edge Dance Studios in Los Angeles. Claire has competed all around Australia for dance and was the 2020 Scholarship winner for The Empire. Claire is super excited to start her teacher career with our junior JFH this year.

Our Jazz classes look at the classic technique, power and clean lines of traditional jazz combined with today’s modern movement, music and styles. In Jazz our students are to apply technique, endurance and performance to this high-powered style and are required to perform.

Lyrical dance is a dance style that embodies various aspects of ballet and jazz. Lyrical is generally a little more fluid and faster than ballet. During this class students apply their technique from ballet and jazz to dance while being focused around intent and meaning.

Contemporary dance is a style of expressive dance that combines a number of elements of dance genres including modern, jazz, lyrical and classical ballet. In our classes students apply their technique from ballet to dance while focusing on angular and circular movements.

Ballet is an artistic dance form performed to music, using precise and highly formalised set steps and gestures. In ballet, students are required to have full ballet attire. They learn correct technique and alignment for dance while also working on posture and elegance.

Silks is a type of performance where children can perform aerial acrobatics while hanging from a piece of fabric. Silks are for experienced, determined and focused students who are looking to further their dance background in aerial silks.

Production is also referred to as Musical Theatre is a form of theatrical performance that combines songs, spoken dialogue, acting and dance. We have one class of this a week and it gives an opportunity for everyone to perform together no matter your age.

Ready Set Dance is designed for pre-schoolers aged  2-5 years as an introduction to dance. They will learn Jazz, Tap, Hip Hop and singing all in one lesson. The program is endorsed by early learning experts and the original music is seen on Nick Jr .

Hip-hop is a popular, energetic dance style that refers to street dance. It evolved from the hip hop culture and is usually performed to RnB/hip-hop music. In hiphop, students learn how to isolate, pop, lock and groove. This is a very popular dance style.